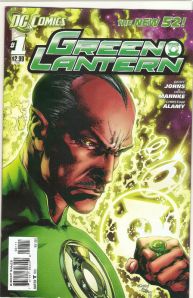 Geoff Johns takes up where he left off before the New-52 reboot. Sinestro is reinstated as a Green Lantern and Hal Jordan has been discharged from the Corps. We know this won’t last long, but how it will change is unclear. The artwork by Doug Mahnke and Christian Alamy is quite serviceable. Johns is used to writing very long story arcs, and the first issue is mostly just a brief set up for what’s to come, so a new reader should be able to jump in. 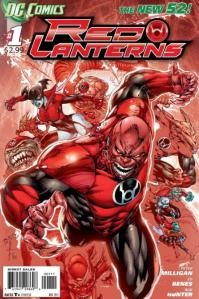 Despite the over-the-top premise of a group of rage-filled monsters somehow being instruments of vengeance for the oppressed of the universe, this is a surprisingly interesting book. Writer Peter Milligan seems to have his tongue firmly in cheek as he chronicles the carnage of Atrocitus and his motley band of blood-spewing berserkers. It’s hard to tell if Milligan can keep this relentless bloodshed appealing, but it should be fun finding out. The art by Ed Benes and Rob Hunter is as dark and savage as the writing. These anti-heroes could be a hit if they don’t devolve into self-parody. 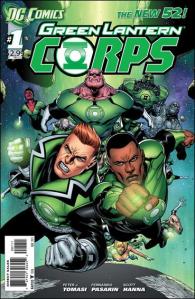 Second-tier Green Lanterns Guy Gardner and John Stewart get bored by their day jobs (or lack thereof), so they assemble a team of like-minded Lanterns with whom to go adventuring. Writer Peter J. Tomasi and artists Fernando Pasarin and Scott Hanna are crafting what looks to be a fairly standard team-up book that should be able to spotlight some of the lesser-known Lanterns. Not much really happens in the first issue, so it’s hard to tell which direction this title will take. 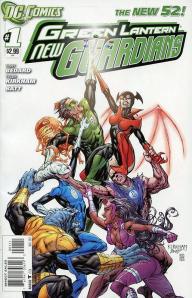 This book left me confused more than anything else. Most of the first issue is spent on retelling Green Lantern Kyle Rayner’s origin, but it’s unclear whether this occurs in the past or present. Then a bunch of multi-colored Lanterns begin losing their rings that somehow end up in Rayner’s possession. Writer Tony Bedard apparently assumes the reader has been following the saga of the differently colored Lanterns and knows what’s going on, but new readers will be left scratching their heads. Artists Tyler Kirkham and Batt take this mishmash and actually make it look much better than it has a right to be. Unless you’re a Green Lantern completist, this title doesn’t look promising.

One response to “The New 52: Green Lanterns”